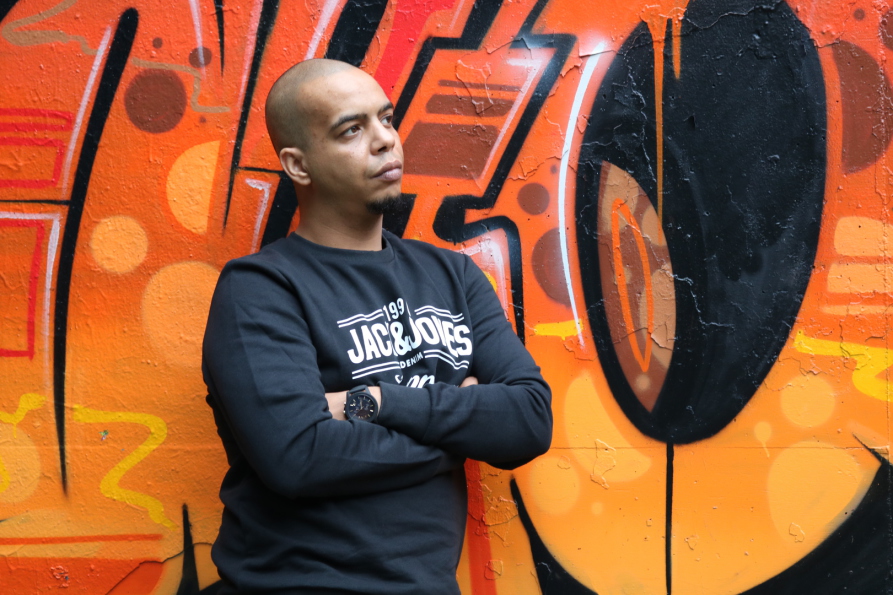 Extraneus - not to be classified

Which name is given to a genre mix that can not be assigned exactly? In which drawer should you put it? Already some time ago, Extraneus, who obviously is not a friend of drawer thinking, asked this question. If you asked for a name for his music, his answer would be sober: "drum hop". A mix between hip hop and drum 'n' bass, with one or the other pop accent.

But to please people, it's probably more classical hip-hop or drum'n'bass. One of them, nice and clean. Oh yes ... and Trap, Hihats and something with an 808. Love for synths, urban stylez and in general three times "Yo" - the fun of listening should not be missed.

Far from the stereotype

The past is formative and you can hear them in the music of Extraneus. Countless Drum 'n' Bass parties, as well as his strong affinity to Hip Hop and Rap. The socially critical attitude does not come by chance and can be clearly heard on songs like "Mittelfinger hoch", "Stranger" or "Grau".

Text passages such as "People are hunching every day / Every day stress, every day agony / the sky is gray, as well as mold in the house / empty account, disgusting run" want to draw attention to maladministration.

Clichés are often truer than you think and so everything fits very clichéd into the picture: the rapper who flew from school and lived life "in the hood". Therefore, the sometimes very hard language and the whole content about drugs comes on the albums like the "not youth free EP" or the "black hole".

Authenticity in times of Instagram and Co? Authenticity in Hip Hop? He does not even have a necklace? So what's really up to clichés?
Deepe lyrics, a lot of criticism of society as well as metaphors as stylistic means - yes, you have to worry about it and often ponder about a line.

From the lack of perspective to the clear vision

It all starts in 2004 in Mosbach, with a lot of love for music and a teenager who has lost himself on the street without real perspective. An urban lifestyle defined by drugs and a "life into the day". But suddenly there is an idea that should put an end to the whole thing. Build beats. "I can too," is one of his thoughts, before he starts to study the topic intensively. The first texts are written and immortalized directly on an old tapedeck. Without a goal, just out of a need.

Nearly two years pass until Extraneus meets Mosbach rapper Cem Ates. Collaborations arise, then on the beats of Ismail (Ice), whereupon Extraneus landed on the independent label "No Money Music" (later 71 Finest). After the first experiences in the studio, Extraneus can be heard among others on the "Real Deal Mixtape" and the "Real Deal Mixtape Vol.2". Thereafter, the paths separate and Extraneus, who at that time still called "Igh", decides to take his own luck in the hand.

In 2012, the independent label M.O.S.-Connection sees the light of day. However, it will take four more years before the first publications and achievements in the form of digital downloads are actually published in 2016.