Which microphone should I buy? 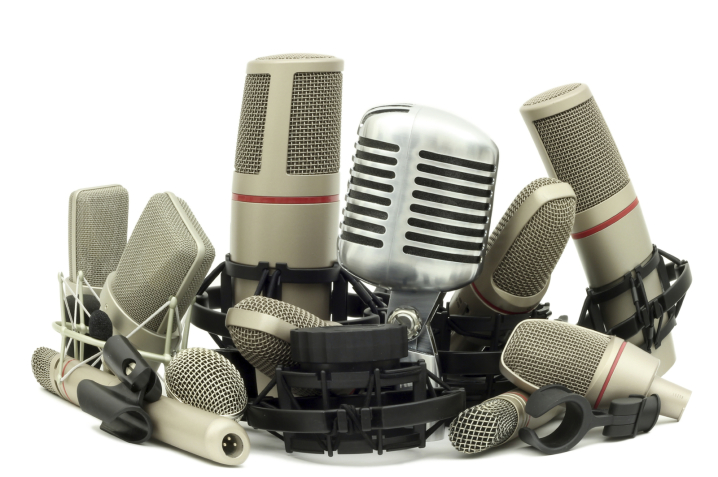 Just about every artist who wants to record voice or other sound sources will come to this point at some point. Which microphone should I buy now?

I often read in forums the question of which microphone would be the best in a certain price range and the answer to that is a very simple one...

The best microphone you can buy is the microphone that best suits your application!

I know…. This is not an answer you would like in this position. You want a better answer like:

"Buy microphone X and everything will be fine."

Unfortunately, this answer cannot be given so easily.There are microphones in every price range that have proven themselves. If you read tests from renowned magazines, you will also come across a few models.

Has the question been answered now? I do not think so!

In addition, the price of a microphone is not necessarily meaningful! From my own experience I can say that in some cases a € 400 microphone can sound better than a double the price! And sometimes the difference between the more expensive and the cheaper microphone is less blatant than the price would suggest!

In principle it is the case that one should actually start testing. If you want to be safe and have the time, you can't avoid trying different microphones (this rule applies to almost every piece of equipment that is offered in the audio sector).

Taste definitely plays a big role too. In the end, the sound of the microphone must primarily please YOU ... So it can be assumed that 5 artists would also choose 5 different microphones. Naturally…. If you compare four entry-level microphones with a high-end microphone, the result will probably be different.

However, there are a few important things to consider when buying a microphone. As so often in life, money plays a big role. What is your budget for a microphone? This is the starting point, so to speak.

If you want to record audio, you don't just need a microphone. This is a fact that people often neglect. You need an entire recording chain!
There is the microphone, an amplifier and, last but not least, the converter, which converts the analog signal into digital zeros. There are devices that focus specifically on the conversion, but these are mostly used when mixing with outboard or mastering. When recording, this job is usually done by the sound card.

Even if preamplifiers in audio interfaces are already at a good level and you can make good recordings with them, I would recommend buying a separate amplifier, simply to increase the audio quality. Microphone, amplifier and interface should be of a similar quality level to get the most out of your budget. It doesn't help much to send a € 2000 microphone through an inferior amplifier and a cheap sound card.

In addition, the recording room is extremely important! Do you have a good recording chain with top devices? Very good! But all of this has no value if the room in which you record is booming, reverberating or has other acoustically unfavorable properties. The better the recording chain, the more sensitive ... Every little detail will be revealed. With good equipment, everything is mercilessly exposed!

I would still like to give a direct recommendation to buy a microphone. If the budget is very limited, I would tend to a Shure SM 58. A world-famous microphone that is mega cheap and is even used for one or other professional production. A microphone that can theoretically accompany you all your life. Would you also like to make live appearances? No problem! 2 flies killed with one stone. The SM 58 is actually a live microphone, loved and appreciated by artists worldwide. Due to its design, the microphone does not take up a lot of space, which also makes it possible to take good recordings in acoustically unfavorable rooms.

In the end I would like to address one more thing that one often forgets as an artist producer or engineer. The music is made BEFORE the microphone! You often think that if you had a certain piece of equipment, everything would get better. I tell you that it doesn't matter! A brilliant singer or rapper will sound great with a cheap microphone and even better with an expensive one! A bad audio source will always sound bad. Equipment is great, but ultimately less important than you might think.